Things to know about us

We keep your data securely on track

dynaMigs.net specialises in the automated transfer of large data volumes within complex storage solutions. We represent a full-service migration concept, from analysing your source system, through detailed migration planning, to automated implementation, verification and documentation of the migrated data. In doing so, we are independent of manufacturers and platforms. You receive detailed reports on each step. And our change management and support team offer all the assistance you need.

We work closely with market-leading storage manufacturers and continuously develop our tools and scripts. Remote control enables us to perform automated work anywhere in the world.

Our clients are leading automobile groups, reinsurance companies, and hardware manufacturers – worldwide. They appreciate our quality, safety, and service. 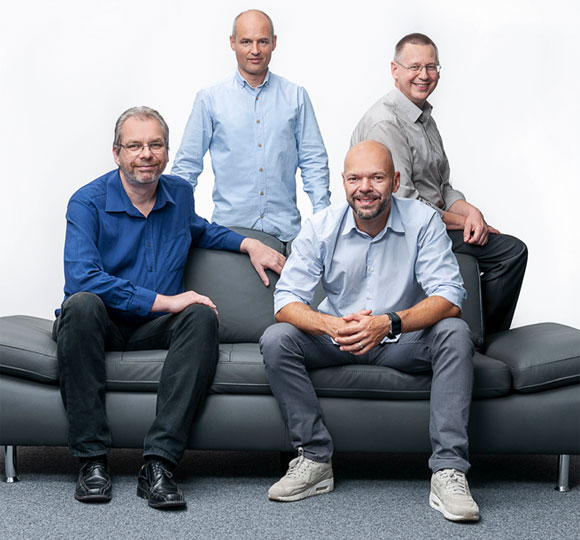 From 16 sqm to a worldwide acting IT company

The four company founders Ralf Draeger, Andreas Feile, Michael Krett and Matthias Weidmann met as external IT experts at a well-known American storage manufacturer. Together they worked on a complicated large project. Due to tight time scales they had to developed tools that could automatically execute individual migration steps. As a result, 3.5 petabytes could be copied in just 1.5 years without loss!

When the project came to a close, the four IT specialists founded dynaMigs.net in 2015 with the aim of preserving and further developing the newly acquired knowledge.

Back then, the company was located in a 16 sqm office – no bigger than a student flat. As the company continued to grow, the office soon became too small. In mid-2017, dynaMigs.net moved to new, larger premises in Gräfelfing near Munich, where it is still based today. Now, the team is made up of 18 permanent employees and several external partners. Since its company foundation dynaMigs.net is continuously growing and looking for new colleagues.